Onsale until Thursday 22 May.

VirginBlue are running a seventy-two hour sale. A number of smaller domestic routes included (all for June travel) and east coast capitals to Christchurch and Nadi (somewhat more expansive dates).

Just a heads-up about a new Jetstar ‘sale’, although it’s a bit of damp squib compared to recent deals (perhaps we’ve been a bit spoilt…). I couldn’t see too startling so I didn’t bother copying the whole schebang. Let me know if you think otherwise.

Yesterday’s budget increased the Australian departure tax to $47, making it $9 more expensive to leave the country. Not a huge increase in itself but The Age article observes

‘The Tourism and Transport Forum had calculated that even before the latest increase, up to a fifth of the cost of some tickets consisted of government taxes and charges, including an Air Services Australia levy, a meteorological services charge and, at Sydney airport, a noise levy.’

According to the ABC passport fees will also increase by 4 per cent, and visa application fees will jump by $25. Guess I’ll get around to renewing my passport sooner rather than later.

Overnight Airaisa have confirmed our earlier post regarding a free flights promotion running until the 16th of May. Flights from $137 each way Gold Coast – Kuala Lumpur including taxes and charges for travel 10th of June 2008 – 30 April 2009. Interestingly, this overlaps with the expected launch of AirAsia flights to London in March 2009 and if there are startup bargains to be had it could turn out to be an EXTREMELY cheap period to travel to Europe.

Both The New Straits Times and AirTravelTips are running a story about AirAsia offering “free” seats between 14th and 16th of May on routes including Gold Coast – KL for travel between 12th January to 30th April 2009. Presumably taxes and surcharges are still applicable. No word on how many tickets are being released.

I can’t find anything on AirAsia’s website or recieved any messages in my inbox, but it may well be worth keeping an eye on the site tomorrow (at least before it melts down) if you’re interested in a deal to Malaysia.

As ever, let us know in comments if you find a bargain! 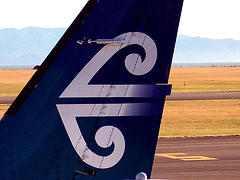 Zealand has a 72 hour sale running until Wed 14th of May. Deals to New Zealand (Auckland, Wellington or Christchurch) include

For travel July to September 08. Prices include taxes and surcharges.

According to a report in Malaysian newspaper The Star AirAsia X will commence flights from Kuala Lumpur to London from March next year. According to the article AirAsia group chief executive officer Datuk Tony Fernandes ‘estimated that the average cost of a return fare to London would be about RM1,200 [around A$400] while the higher-class flatbed seats would cost about RM8,000 [around $2,5000] return’. Presuming these figures are accurate (which is a big presumption) a return fare from the Gold Coast to London would be in the ball park of A$1,100. Very tasty.

leased Airbus A340 (with Airbus A350 or Boeing 787 aircraft in the future) but “we will build it up to eventually two flights on a daily basis.”

On-board amenities sound better than one would expect “Our on-board entertainment system will be a state-of-the-art touch screen unit. You can watch movies, listen to music and even order your food from the unit.” Ordering food from the on-board entertainment system does, however, suggest that even what little cabin service one can otherwise expect from an LCC may be stripped away.

Emirates are offering flights from Melbourne to Singapore for $699 (including fuel surcharge but excluding taxes) for travel between 1st June 2008 and the 11th June 2008; travel on the last sector must be completed by 23:59 hours on 22nd June 2008). Sale ends 10th May.

A very good deal for an excellent airline.

These great deals are available for travel between:

Oz Traveller
Create a free website or blog at WordPress.com.